Did you know that Honolulu, Hawaii’s bike share system shares a birthday with our fun and friendly FIT bike? This month, both these beauties turn 5 years old. That’s right, June 28, 2022 marks the fifth anniversary of the launch of the Biki bike share program in Honolulu, where in 2017, the brand new system began operations with a blessing and ceremony. It also marks the introduction of PBSC’s FIT bike, the now-beloved bike we created especially for this island’s system!

Today, both Biki Honolulu and the FIT bike have grown to become popular successes that improve traffic congestion, reduce carbon emissions, and offer an active transport option designed for the sustainable mobility needs of this tropical city destination. In May 2022, Biki bike Hawaii reached a milestone of 5 million rides! 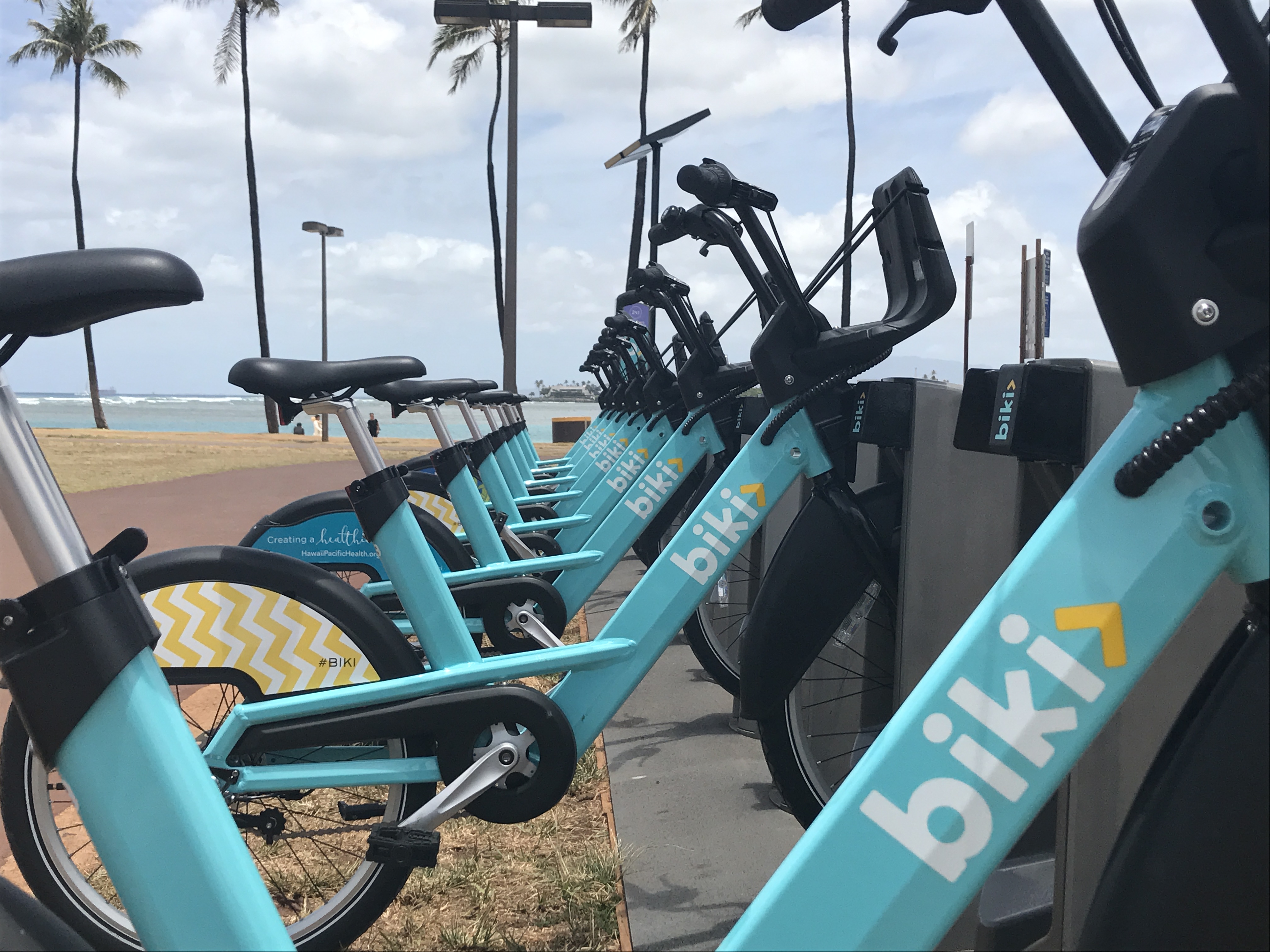 Located on the island of Oahu, Honolulu is actually the biggest city in Hawaii, with over 330,000 inhabitants in the city. Known as the birthplace of surfing, its diverse claims to fame range from culture to sports, nature to industry. Honolulu has a thriving tourism sector, amazing beaches — many in Waikiki, among other areas — mountains, volcanoes, and attractions like the Diamond Head crater. Its big-city side has downtown Honolulu, Chinatown, the Arts District, and various other unique neighbourhoods. These days, many of these districts and attractions, including the University of Hawaii Manoa Campus, are accessible to discover on a Biki bike! Check out gobiki.org for a map of stations and routes.

How Accessibility and Community Helped Make Biki a Honolulu Hit

Managed by the non-profit Bikeshare Hawaii and operated by its partner Secure Bike Share, the Biki system initially kicked off with a rollout of 1000 FIT bikes and 100 stations. After several expansions, today the fleet features 1576 FIT bikes and 136 stations. While Biki is Honolulu’s very first bike share network, it’s actually our second PBSC project in Hawaii; in 2016, we launched Bikeshare Hawaii Island in Hilo and Kona, an  effective solution made of 104 ICONIC bikes and 11 stations.

As the island’s first bike share system, among its initial objectives, according to Biki, was to make bike share “accessible and affordable” and encourage people to opt for bikes instead of cars.  Now, 5 years later, it’s safe to say this mission has been accomplished! To better include people who might be new to cycling and bike share, community outreach and free workshops preceded the launch of Biki Honolulu and its shared bikes. The Biki website notes that some of the island’s other bike-friendly initiatives include building safe and protected bike lanes throughout Honolulu as part of its “complete streets” initiative, in line with road repaving projects. 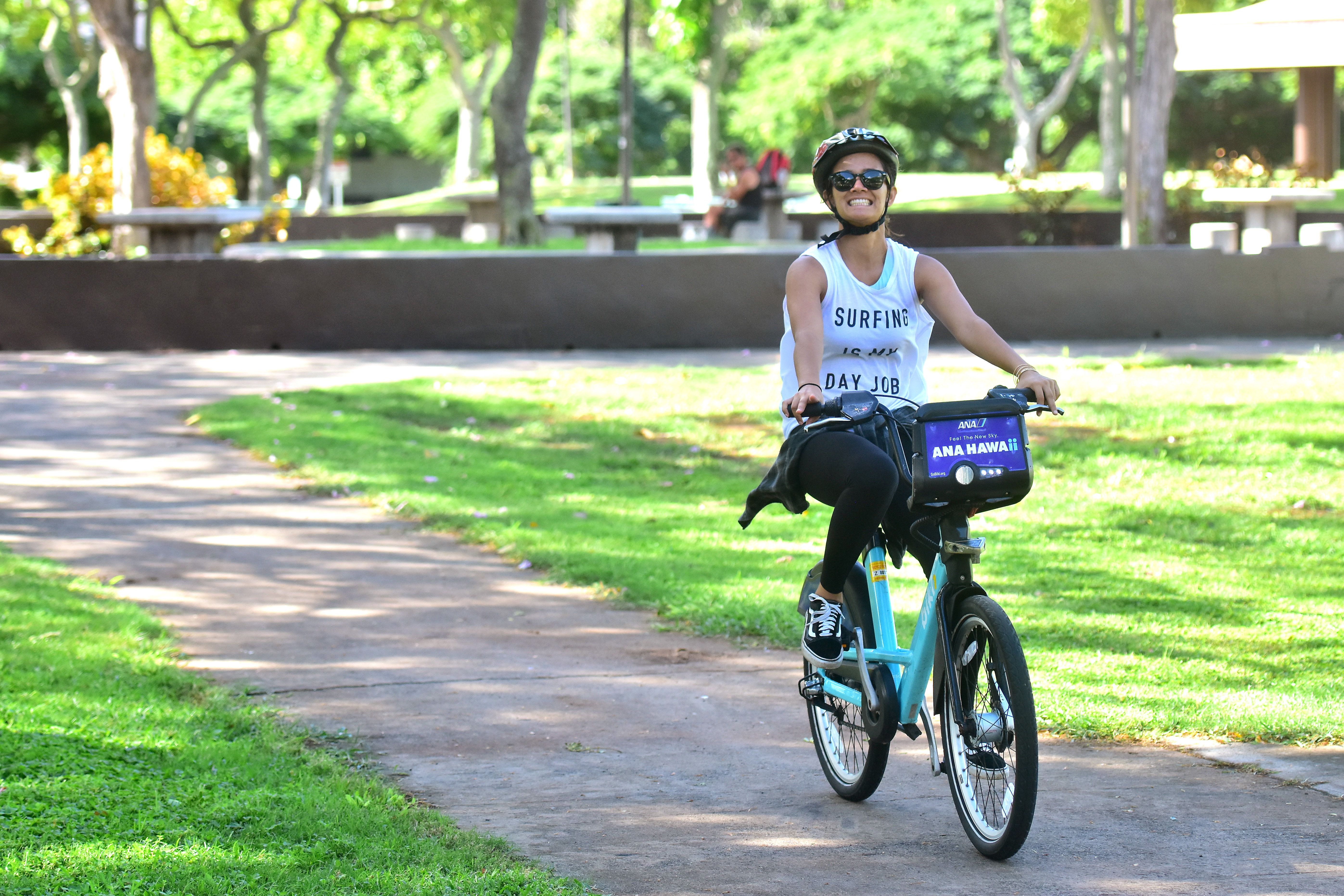 With 180,272 rides tallied in the system’s first 3 months of operations and 800,000 trips taken in its first year (according to Biki’s data), as the system’s provider, we’re excited that  Honolulu locals and tourists embraced the collective power of bike share right from the start. Certainly, bike share is an ideal micromobility solution for the relaxed, active lifestyle on Oahu. And guess what? As of March 2022, Biki also uses our handy PBSC App, which invites users to locate and unlock bikes with their smartphones.

Made in a majestic shade of turquoise, inspired by the Pacific Ocean, Biki’s FIT bikes are light, lively, and comfy. Featuring rider-friendly ergonomic design, 24-inch wheels and a top-quality aluminum frame, since making their debut in Honolulu in 2017, our FIT bikes can now be found in 18 cities around the world (so far); including Rio de Janeiro, Nicosia, and Pittsburgh, and others. Yet another example of how PBSC’s customized urban solutions lead the global bike share movement with sustainable systems built on smart technologies, engineering, and design. 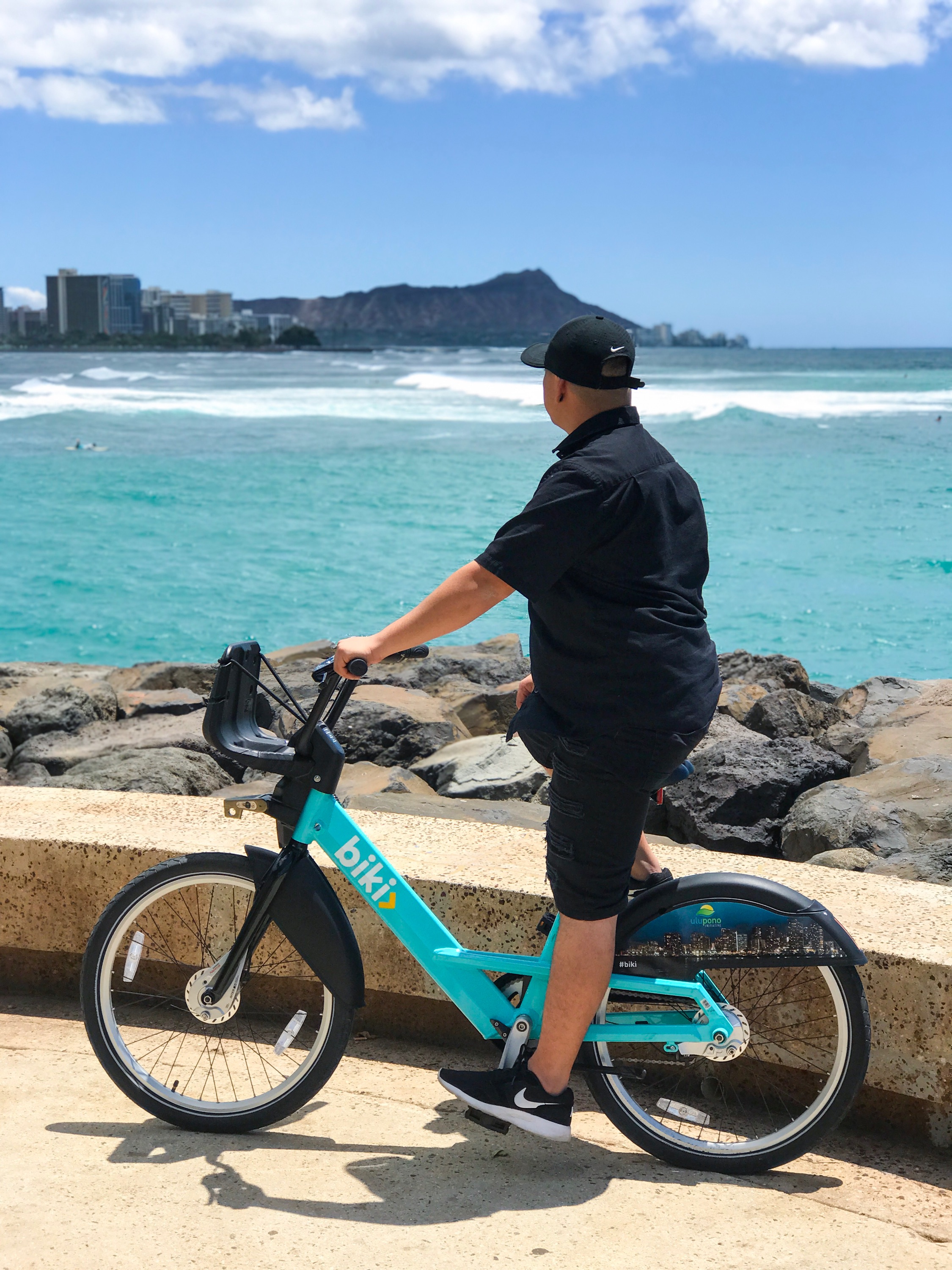 Indeed, cycling is good for the environment, and a sustainable transportation option such as our PBSC urban bike share solution makes sense considering aspects of Hawaiian culture, which, as explained on the Hawaiian Tourism website, has a deep respect for the environment and nature and believes all is connected. The Biki system embodies an eco-friendly approach. The system’s manager Bikeshare Hawaii is a not-for-profit initiative, so public funding, private partners, donations, sponsors, and fares help keep Biki going and growing. Learn more here.

From better personal health to better transit infrastructure, less traffic on city streets to less pollution in our planet’s environment, the benefits of bike share are many. We’re delighted to help Honolulu ride into a wise, healthy world that’s eco-friendly, efficient, and fun.