With more than 500 million trips taken on our PBSC Urban Solutions bikes until today, our internal experts at PBSC estimate that number equates to a savings of 400 million kilograms of CO2 emissions. As more and more cosmopolitan cities across the globe join the PBSC bike share movement, let’s celebrate Earth Day by learning more about cycling’s climate impact!

When it comes to the daily challenge of lessening our transport-related emissions, bike share systems can certainly be part of a city’s sustainable mobility solutions. In fact, in order to help reduce carbon footprints, a proposal to “promote” cycling, which includes bike share, was just adopted by the UN, writes Liv Klingert in The Brussels Times.

To better understand the scope and specifics of cycling’s climate impact, particularly in the context of making sustainable changes to our urban lifestyles and daily routines, let’s begin with the friendly fact that every time city-dwellers choose to travel by bike rather than another mode of transportation, they reduce carbon emissions. Can these seemingly little things add up to make an environmental impact? While the issue is complex, we believe that the short answer, thankfully, is yes…

According to the United Nations Environment Programme, a kilogram of CO2 emission is salvaged for every 7 kilometers a person bikes, as opposed to driving in a car. The same UN article states that 150 grams of CO2 is saved for each kilometer cycled instead of driven. Similar findings emerged in CoMoUK’s Annual Bike Share report, a survey about bicycle share systems in the UK, which notes that bike share users can potentially reduce carbon emissions by the weekly equivalent of approximately 1 kg of CO2, or 3.7 miles (5.95 km) driven by car. 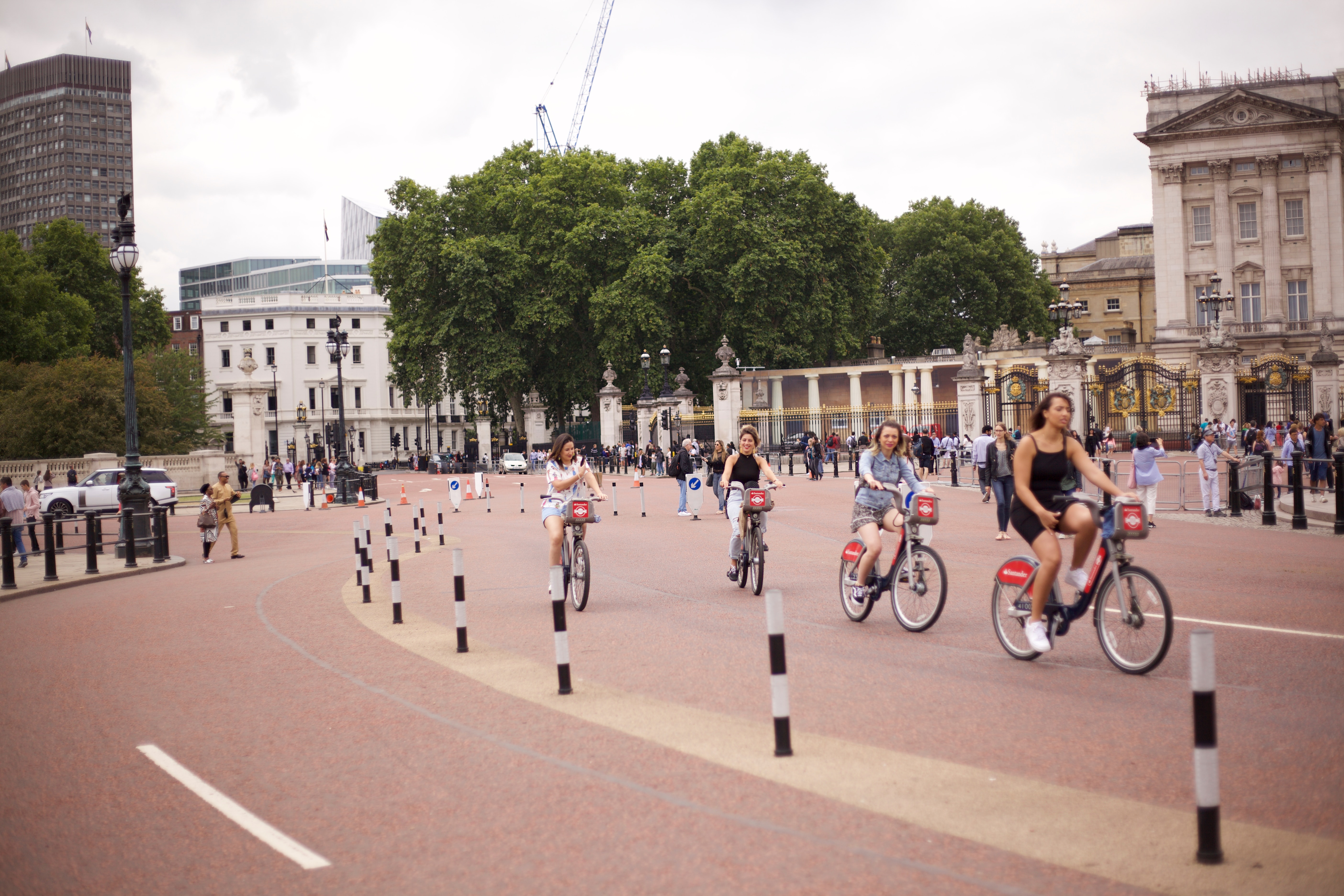 If our small daily choices can contribute to helping fight global warming, the future of sustainable mobility looks bright! As bike share pioneers, we’re proud participants in the ongoing growth of urban cycling around the world as people discover the positiv impacts of travel by bike. Not only does bike share help protect the environment, it can improve population mobility, public transit infrastructure, and reduce traffic congestion – while providing a healthy and sustainable transport mode for city-dwellers.

All of which is important for our future. The European Green Deal says transport accounts for close to a quarter of “total greenhouse gas emissions” in the European Union and explains that emissions related to transport would need to be cut by 90 percent to meet their 2030 objective of reducing total emissions by at least 55 percent (from levels in 1990). To achieve this goal, among the European Comission’s recently-implemented proposals is a new “Urban Mobility Framework for public transport, walking and cycling.”

Around the World With PBSC: How Cities and Countries Promote Cycling

Indeed, from building bike paths to integrating bike share into public transit and introducing legislation and funding, cities and countries worldwide are launching initiatives to support cycling as a sustainable urban transport mode!

Take, for instance, our upcoming bike share system in the historic Romanian city of Sibiu, which fits right into the city’s sustainability initiatives. In order to achieve its 2030 goal of reducing CO2 emissions by 20%, Sibiu says that it’s aiming for 40% of its trips to be made by bike or on foot and is building dedicated bike lanes to facilitate its plan. 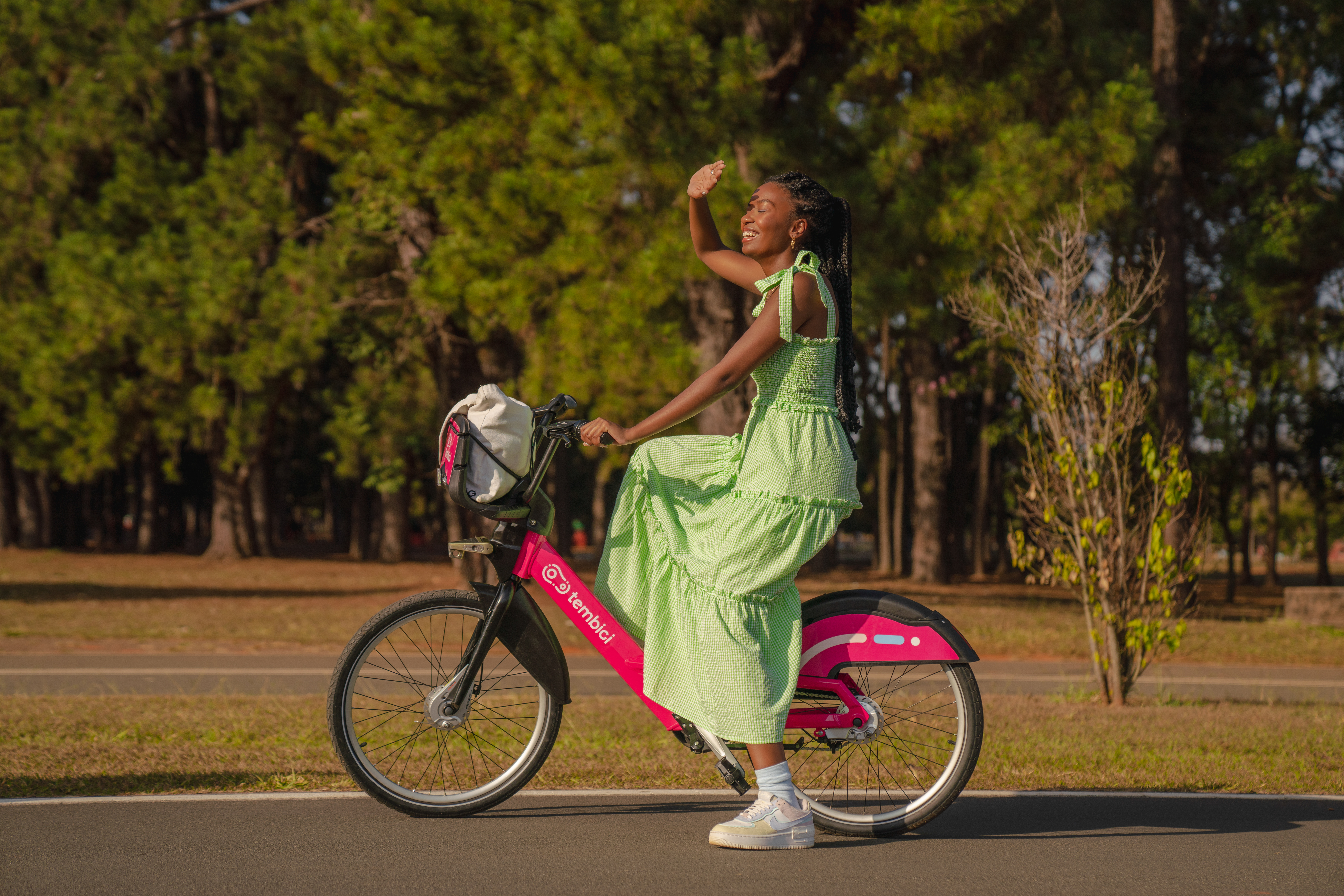 Bike share is also growing fast in Latin America, as indicated by our popular systems throughout Brazil, Argentina, Mexico, and soon in Bogota, Columbia, where government initiatives promote cycling among sustainable transit solutions. For example, according to Leszek J. Sibilski and Felipe Targa’s article, 10% of parking spots in public buildings are dedicated to bikes, and officials have half a day off for every 30 days they commute by bike.

In North America, our bike share system in Toronto will expand to 10,000 bikes (including 2000 e-bikes) and 1000 Smart Stations over the next 4 years. The city’s climate targets (adopted in 2021 by Toronto City Council) include sustainable transport initiatives, such as the goal that “75% of school/work trips under 5km are walked, biked or by transit” by 2030. As reported by the CBC, in coming years, 100 more kilometers of bike paths will be added to the city’s infrastructure.

And in the US, according to Skip Decant’s article in Mass Transit, President Joe Biden’s new budget allots $142 billion for transportation, which includes the opportunity to finance biking and walking initiatives.

All these statistics certainly highlight the environmental benefits of urban bike share systems as prime sustainable transport modes for brief outings. But what about longer excursions?

The previously mentioned CoMoUK research points to the popularity of e-bikes as another appealing way to reduce car use, and as a result, carbon emissions. For example, their survey states  34% of people who responded to the survey (and also used e-bikes) confirmed they were using e-bikes instead of cars and cabs for five miles a week or more. Our experience at PBSC tells a similar story: Did you know that 14 million trips have been taken on the more than 8000 E-FIT and BOOST e-bikes we’ve deployed in more than 18 cities so far? 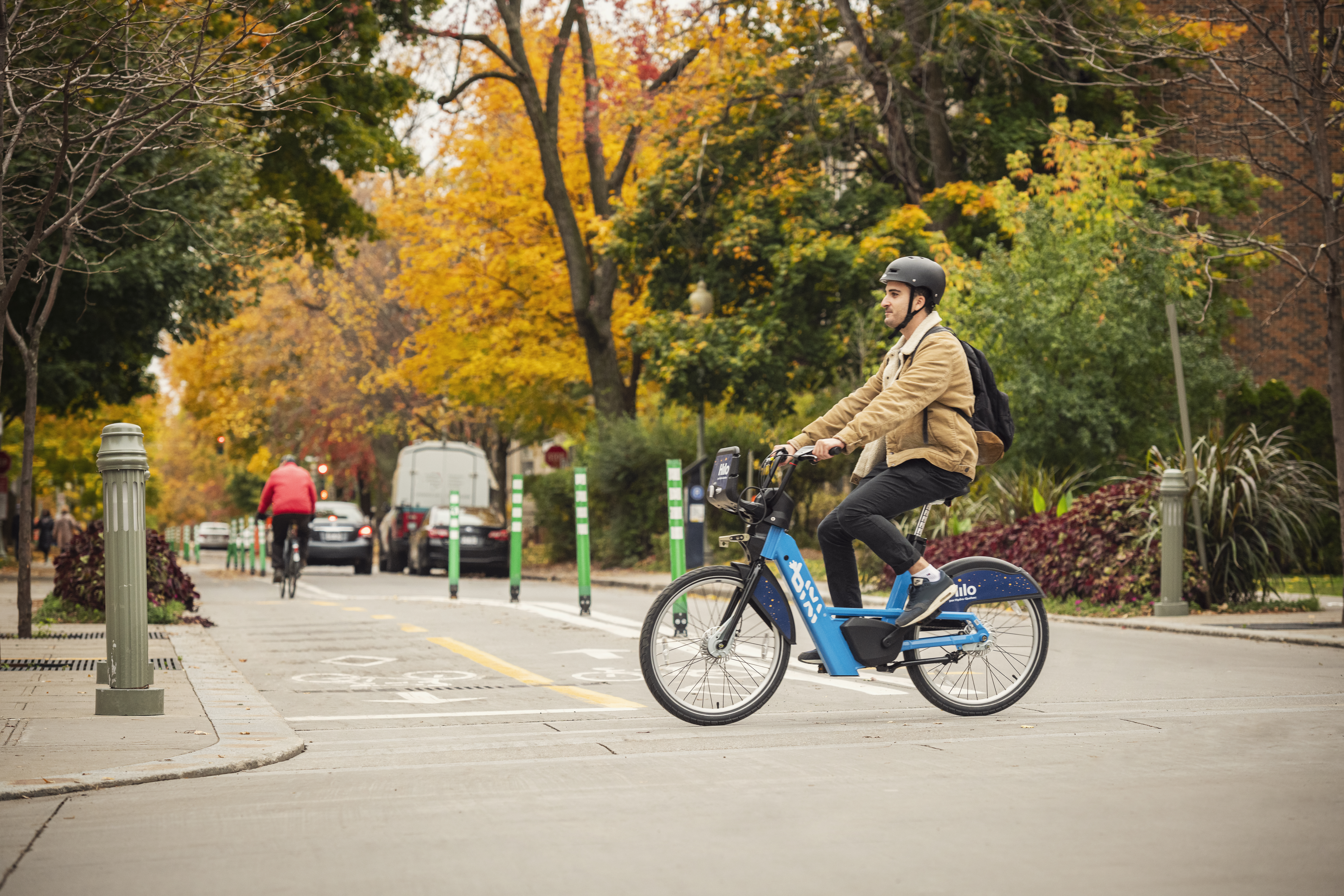 Indeed, e-bikes broaden bike share by bringing cycling to a larger scope of ages, abilities, and fitness levels — including people who might experience challenges that prevent them from using traditional bikes, or may feel hesitant to do so.

Convenient, enjoyable, and sustainable, bike sharing is good for cities, citizens, and the planet!