Everyone loves the nifty station map feature in the PBSC app, which helps pinpoint available bikes and stations in real-time.

Everyone loves the nifty station map feature in the PBSC app, which helps pinpoint available bikes and stations in real-time. 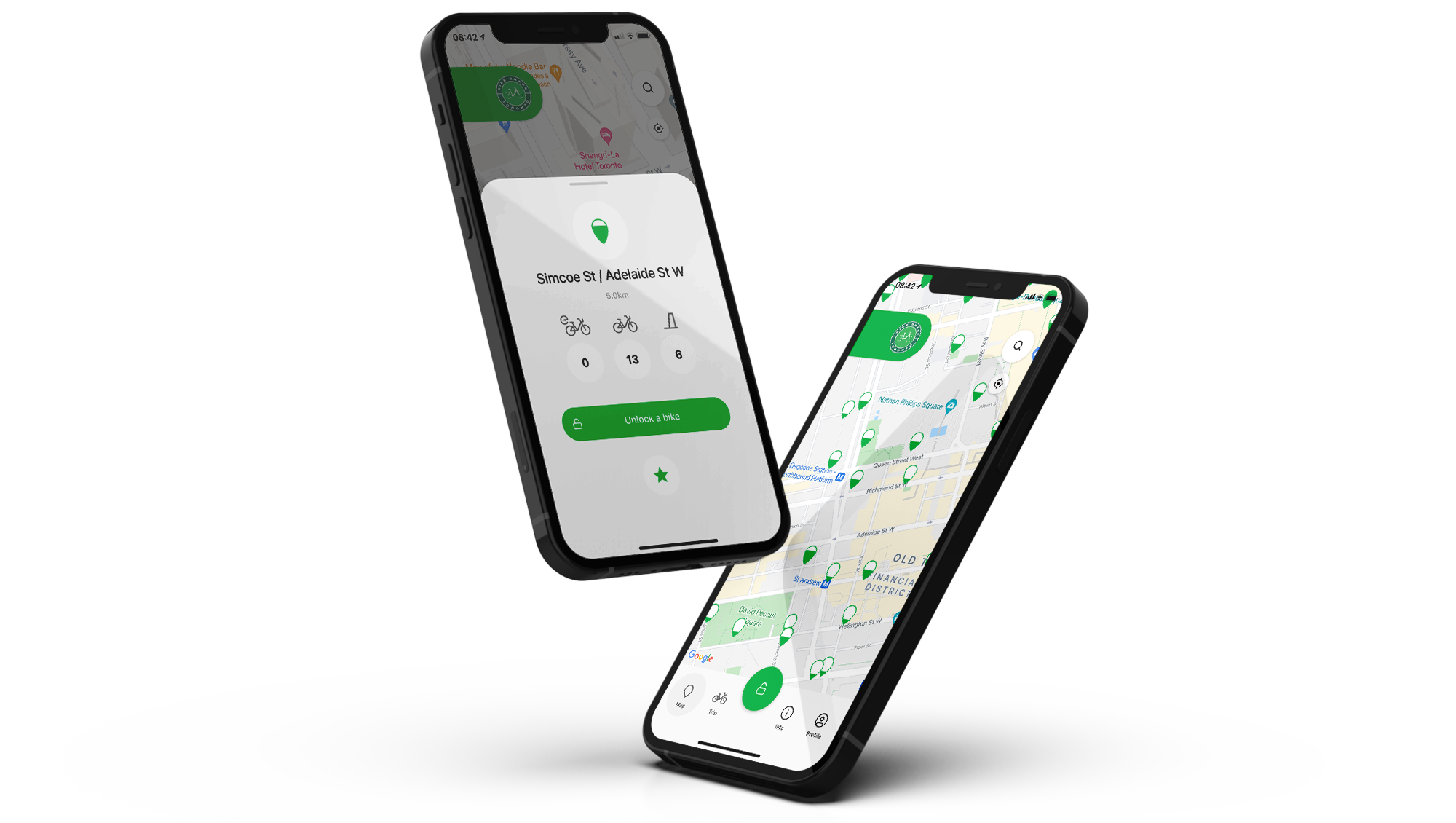 On June 9th, 2020, Toronto Mayor John Tory and the Toronto Parking Authority (TPA)  announced  the expansion of Bike Share Toronto  for the 3rd time in 3 years under Shift Transit’s operational leadership. An additional 1,850 bikes, 160 stations, and 3,615 docking points were added during this phase. In total, the program will now span 625 stations, 6,850 bikes, and 12,000 docking points.

300 E-FIT e-bikes with pedal assist technology and 10 charging smart stations were also made available this summer as part of the Bike Share Toronto pilot program. With the system rapidly spreading throughout Canada's largest city, and continued increased ridership, the support the service receives from Torontonians is truly remarkable.

Our partner Shift Transit took over day-to-day operational management of the program in April 2017, including station installations, bike/station maintenance, bike/station repair, rebalancing, customer care, and marketing and sales. Since assuming operations, the system has shattered all previous records, including:

The expansion will also spread the system’s reach to include 20 of Toronto’s 25 wards, bringing the benefits of bike share to almost all corners of the city.

On April 11, 2016, PBSC Urban Solution became the new supplier of bikes for the bike share system in Toronto. With a renowned leader in the bike share world behind the Toronto program, the system showed impressive growth through the years. In fact, in the first year PBSC took over Bike Share Toronto, the number of bikes doubled, thus granting more people access to the seamless transportation solution.

Four years later, the program expanded again, for the third time in three years. PBSC, the mayor John Tory and TPA (Toronto Parking Authority) upgraded the system with 1,850 new bikes and 160 smart stations. Of these new bikes, 300 are electric E-FIT equipped with pedal assist. Once phase 6 finished rolling out, Bike Share Toronto had 6,850 bikes ready to use.

Today, Toronto residents, visitors, tourists, and cycling enthusiasts can enjoy the bike share system to the fullest. With PBSC’s nifty app, Torontonians even have access in real-time to information about bike availability, maps, and smart stations.

Press conference at the E-FIT launch