With new cities across the world adopting bike share programs every year, the bike sharing and larger micromobility industries are growing at an exponential rate. You may have seen a bike share, e-scooter or e-bike sharing system with stations in a city or even campus you visited. In fact, micromobility is lining up to be an integral strategy for places like France, Spain, UK, Canada, USA and LATAM, as well as countless others as they seek to move towards zero emission mobility cities.

Bike sharing, which works with self-service bicycle stations, is considered as an active mode of transportation. It simultaneously engages users in physical activity for short trips and lessens the carbon impact of travel. At a high level, the health impacts of implementing a bike share program are clear: Enabling affordable, healthy transportation while also lowering the environmental footprint for urban populations during their daily commutes.

Cycling culture and bike-friendly cities are not new concepts though, are they? Yet, it definitely feels like there’s more news on the topic now than ever before, especially with e-bike sales at an all-time high and Bike Share Operators reporting record ridership every month.

So, why is bike share a rapidly growing movement around the world?

According to data reported by the U.N., the world is becoming urbanized at an accelerated rate with more than half the global population already living in urban areas. In fact, based on their projections, urbanized areas around the world are set to continue rising from around 1/3rd in 1950 all the way to approximately 2/3rd in 2050.  Sustainable development for both existing urban cities and developing areas depends entirely on the successful management of city infrastructures. We can’t jet off to Mars just yet! Governments are recognizing that this is becoming an urgent discussion that needs to be addressed with a strong urban plan focusing on long-term scalability.

At the core of the conversation around urban infrastructure is transportation. It’s no secret that at the head of today’s global sustainability challenges, we keep hearing the same debates about gas vs. electric cars, road accessibility, public transit vs. personal vehicles, and even limit of vehicles per household in some cities. The debate around managing increasing urbanisation and modernisation continues to reach a fever pitch amongst key cities. 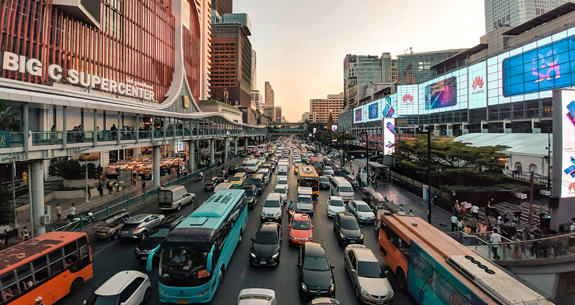 Road traffic is clearly being associated with dangers like air pollution, lack of accessibility for all and safety risks.  While there are a number of measures being introduced in recent years to address these concerns, such as restricting car use with the popularization of practices like “slow streets”* and enforcing Ride-Share solutions like Uber, Lyft[GU1] [GU2]  and Careem as leading examples, there is one proven solution. Cycling culture has long become an integral part of transportation infrastructure in places like the Netherlands, which proves that it can and does work.

*Slow Streets: Car-restricted streets in popular urban areas reserved for pedestrians and cyclists. A concept that gained popularity amongst urban planners during the pandemic.

An EU-wide survey, which covered all 28 Member States, found that the most frequent daily trip was made by car. Meanwhile, only one out of 5 respondents living in an urban area opted for public transport. Cycling and walking added up to 16% across, whereas it was a much more popular choice of transportation in Northern Europe. In the U.S., one study found that the average single-trip distance by car was 5.95 miles (with 95% of all rural-based trips still being under 50 miles). 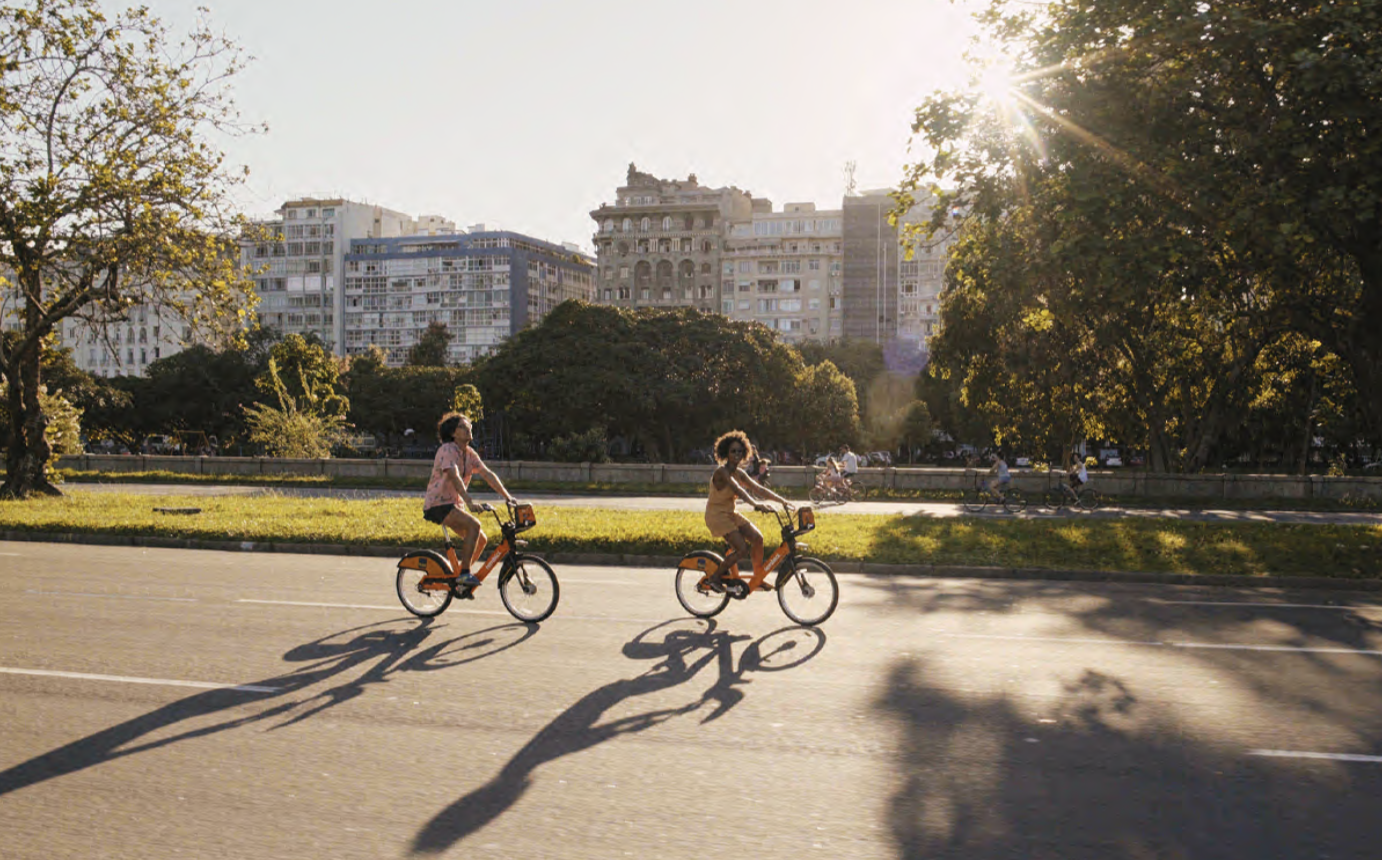 There is no solution here that is more environmentally friendly than cycling, which has been gradually growing in popularity for short-distance trips for a while now. Realistically, grabbing a bike allows you to avoid dealing with road congestion and can be a safe and easy way to get around if your city has the right infrastructure for it (i.e., reserved bike paths and bike-friendly streets with restricted traffic). Bike share, then, is the natural progression of that solution.

By implementing a bike share program, you avoid having to deal with the logistics of where to leave your bike when you get to your destination or having to worry about it later. Bike share rental schemes are as easy as picking up your bike at one of many select stations at your starting point, riding and dropping it off at one of numerous points across your city. Docked bike share will usually work with automated stations, so you never have to worry about a return process.

Today, bike share systems will also offer electric bikes with peddle assist in many cities, so you don’t even break a sweat getting to work in the morning if you choose to grab one.

In a recent study by Colorado State University in the U.S., it was found that the implementation of bike share systems resulted in a calculated reduction of 4.7 premature deaths, 737 DALYS (disability-adjusted life years) and 36 million dollars (USD) in health economic impacts annually. There were several reasons behind these results, such as the fact that cycling leads to far less traffic incidents than cars. However, the main driver behind the results was as obvious as it is under-spoken: Increased physical activity.

“If you were driving a car and switched to biking, that 10 minutes going and coming a day would be a big deal”, according to Dr.Robert Oppliger, who is an exercise physiologist with the American College of Sports Medicine.

As far as the CDC is concerned, a minimum of 30 minutes of exercise a day, 5 days a week is recommended for a healthy living. Cycling to get around short distances daily can quickly add up. By providing urban areas with easy to use and frequently accessible bike share stations, cities like Paris, Dubai, London and Toronto are actively encouraging physical activity in the most practical way possible.

“Can I still get exercise from an e-bike?”

The short answer is – absolutely. You might think that because you’re not breaking a sweat, the e-bike might not count as exercise. However, the truth might surprise you. One recent study concluded that, although it requires less physical force than a non-electric bike due to the pedal assist, electric bikes still provide enough of an intensity exercise level to meet what’s recommended by health experts to reduce the risk of serious health conditions.

Bike Share programs, when implemented successfully, can encourage new demographics in cities to start bicycle commuting to and from work, for tasks and short distances by giving them a fun, safe and positive experience. In cities like Montreal, where PBSC Urban Solutions first implemented its systems with the successful BIXI, bike share has blown up since its inception more than a decade ago.

What made BIXI bike share successful? Our bike share experience for Montreal worked cohesively with the city’s objectives and its urban population’s needs. Today, our very first model of bikes, the PBSC ICONIC, are still rolling on the streets after all these years of wear. That robustness in the quality of the bikes and feeling of security have had a large role to play in its success today, as the city has since moved to adding e-bikes and more smart docking.

The World is Witnessing Increased Demand for Alternative Transportation

The most important thing to keep in mind when considering transportation alternatives is ensuring the right infrastructure to accommodate your population. The future of sustainable mobility lies entirely in its convenience. Implementing a bike share system only works if it meets a number of criteria, such as:

Are you looking to become a local operator or bring Bike Share to your city?
Contact us at info@pbsc.com